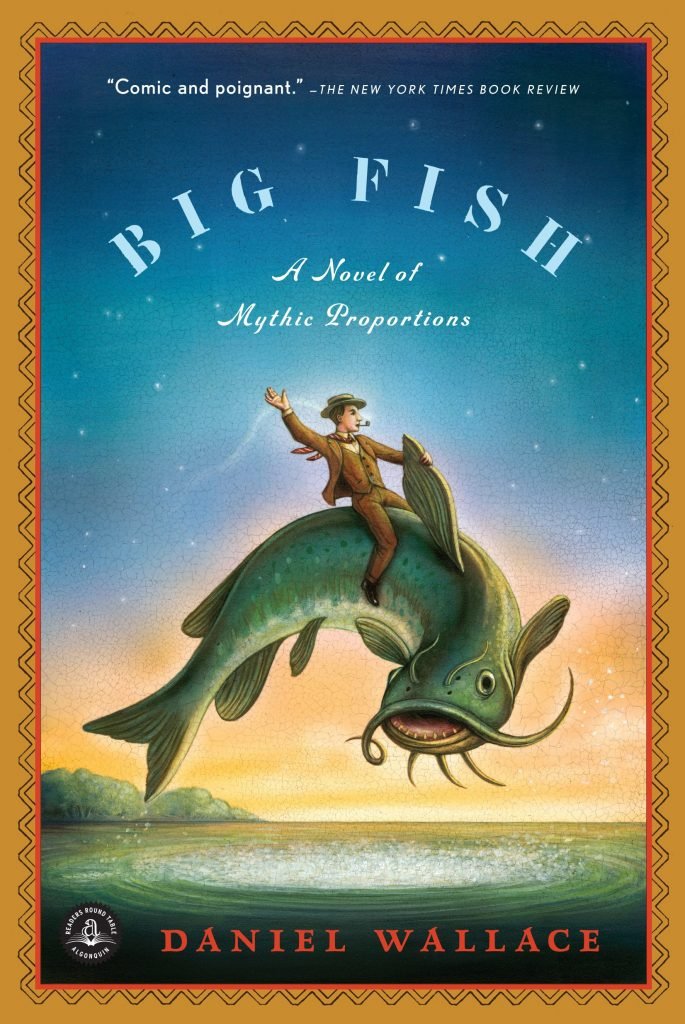 The Other Wes Moore:  One Name, Two Fates by Wes Moore (NYA and Yarmouth High School) – Two kids named Wes Moore were born blocks apart within a year of each other. Both grew up fatherless in similar Baltimore neighborhoods and had difficult childhoods; both hung out on street corners with their crews; both ran into trouble with the police. How, then, did one grow up to be a Rhodes Scholar, decorated veteran, White House Fellow, and business leader, while the other ended up a convicted murderer serving a life sentence? Wes Moore, the author of this fascinating book, sets out to answer this profound question.

Big Fish: A Novel of Mythic Proportions by Daniel Wallace (NYA) – Edward Bloom was an extraordinary man. He could outrun anybody. He never missed a day of school. He saved lives and tamed giants. Animals loved him, people loved him, women loved him. He knew more jokes than any man alive. At least that’s what he told his son, William. But now Edward Bloom is dying, and William wants desperately to know the truth about his elusive father-this indefatigable teller of tall tales-before it’s too late. So, using the few facts he knows, William re-creates Edward’s life in a series of legends and myths, through which he begins to understand his father’s great feats, and his great failings. The result is hilarious and wrenching, tender and outrageous.

The 57 Bus: A True Story of Two Teenagers and the Crime That Changed Their Lives by Dashka Slater (Yarmouth High School) – One teenager in a skirt. One teenager with a lighter. One moment that changes both of their lives forever.  If it weren’t for the 57 bus, Sasha and Richard never would have met. Both were high school students from Oakland, California, one of the most diverse cities in the country, but they inhabited different worlds. Sasha, a white teen, lived in the middle-class foothills and attended a small private school. Richard, a black teen, lived in the crime-plagued flatlands and attended a large public one. Each day, their paths overlapped for a mere eight minutes. But one afternoon on the bus ride home from school, a single reckless act left Sasha severely burned, and Richard charged with two hate crimes and facing life imprisonment. The case garnered international attention, thrusting both teenagers into the spotlight.

This is just a small sample of what kids will be reading this summer.  At Royal River Books, we have all of the NYA and Yarmouth High School summer reading books on display in the front of the store.  We also carry most of the required reading books for other surrounding schools.  I invite you to come and see if you can find an interesting book for your book group or your summer reading list.